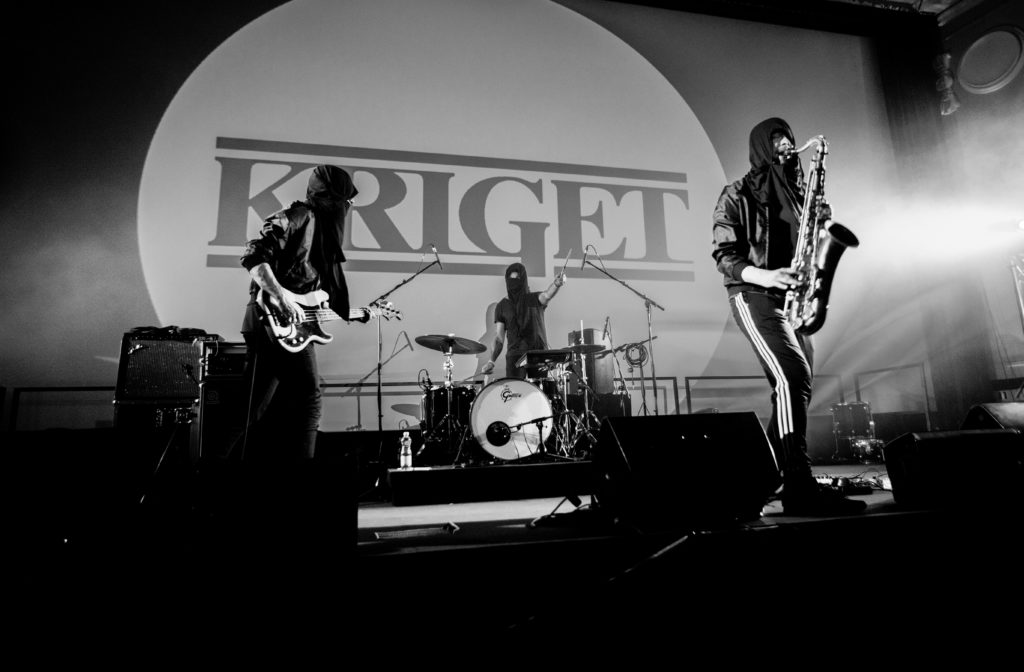 Kriget has existed between the borders of the music and the art scenes, where they’ve made a name for themselves as one of the most explosive acts in Stockholm, Sweden. Kriget released three albums on their own label and their newest single ”Choke and Feed” was released in the spring 2017.